Below are pictures taken during the 2015 Rail Festival of the 7.5 inch gauge trains carrying passengers around the Carillon Park Rail & Steam Society’s track.    Visit CPRSS.org  for more information on this all-volunteer club.

Rail Festival also includes all other model train scales including G, O, S, HO, N, and Z, which are on display in the buildings and outside throughout the Carillon Park grounds.  There are also many vendors selling railroad related items of all scales and many food and drink vendors on the grounds.    Culp’s Cafe and the Carillon Brewery will also be serving customers as usual. 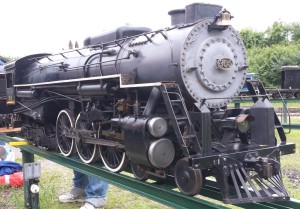 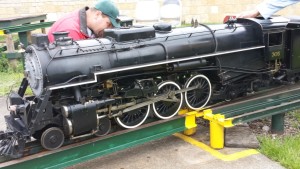 Transferring Loco #305 from the turn-table to the track.

Will G  on Jim K’s locomotive

Bob S  about to leave the loading station on 615

Chris  on his switcher

Craig A  pulling passengers with his switcher.

Blowdown of Jim K’s steam engine at the end of the day. 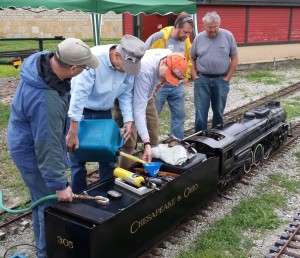 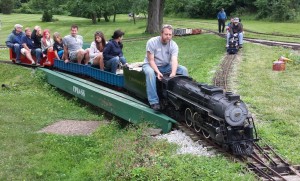 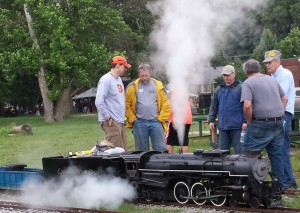 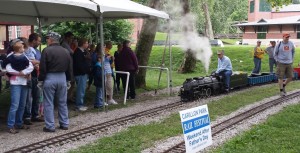 Jim K on his steam engine #305 entering the loading area.